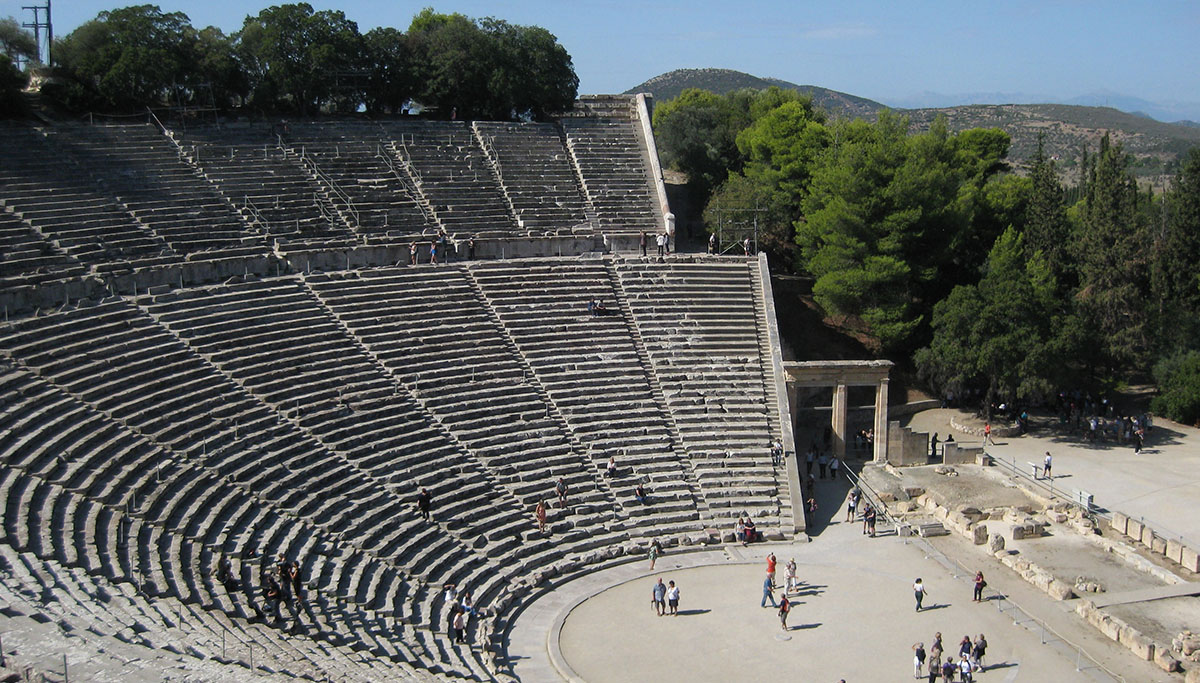 The archeological site of Mycenae is the imposing city of the Mycenaean civilization, which dominated the eastern Mediterranean world from the 15th to the 12th century B.C. and played a vital role in the development of classical Greek culture. Mycenae is linked to the Homeric epics, the Iliad and the Odyssey , which have influenced European art and literature for more than three millennia.

The Ancient Theater of Epidaurus is regarded as the best preserved ancient theater in Greece in terms of its perfect acoustics and fine structure. It was constructed in the late 4th century BC. It is situated near the ancient sanctuary of Asklepios, a celebrated healing center of the classical world. It was used as a therapeutic and religious center dedicated to

Asklepios, the god of healing. Today the sanctuary is an extended archeological site with interesting buildings.

Nafplio is a beautiful and romantic town in eastern Peloponnese in mainland Greece, the first capital of Independent Greece. Many historical sights can be seen in the town, including Palamidi Fortress and Bourtzi Castle.

You can stay with us and have a day trip to those fascinating sightseeings Or we can organize a trip for you for the day including transfers and a guide.

It is situated near the ancient sanctuary of Asklepios, a celebrated healing center of the classical world. It was used as a therapeutic and religious center dedicated to Asklepios, the god of healing. Today the sanctuary is an extended archeological site with interesting buildings. The theater is surrounded by lush greenery, an integral part of the theater itself.


This famous ancient theater is distinguished for its architectural symmetry and the great acoustics.

The famous Epidavria Festival, presently Athens Epidaurus Festival, began in1954 and it is held every summer with famous ancient dramas or modern plays. Over the years, the festival has hosted both Greek and foreign artists.
Make every effort possible to attend one of the performances.

We will be organizing visits during the summer.

Greek dance is a very old tradition, being referred to by authors such as Plato, Aristotle, Plutarch and Lucian. There are different styles and interpretations from all of the islands and surrounding mainland areas. Each region formed its own choreography and style to fit in with their own ways.

Have you ever wanted to learn traditional Greek dancing? We are proud to have our own dance in our area. The PORIOTIKO HASAPIKO is truly beautiful and unique. Our friends, Maria and Christos, are professional dancers and run a dancing school in Poros. They are very happy to come here at odyssey to teach you the steps. After you have learnt the steps, we can all have a glass of wine and practice what you’ve learnt (no charge for that). Maria and Christos also teach other dances like salsa, tango, rumba so if that’s your fancy, they will be more than glad to teach you some moves! 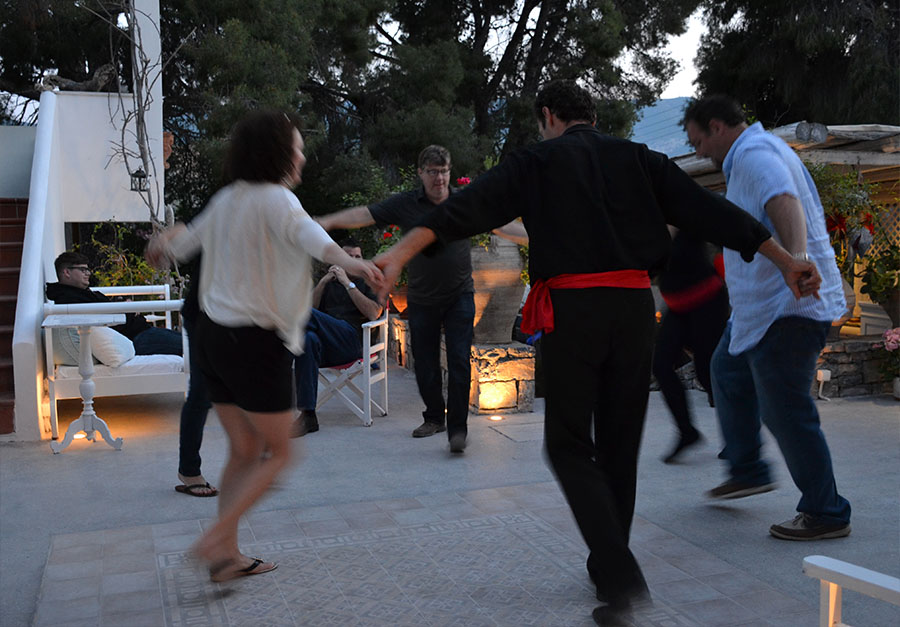 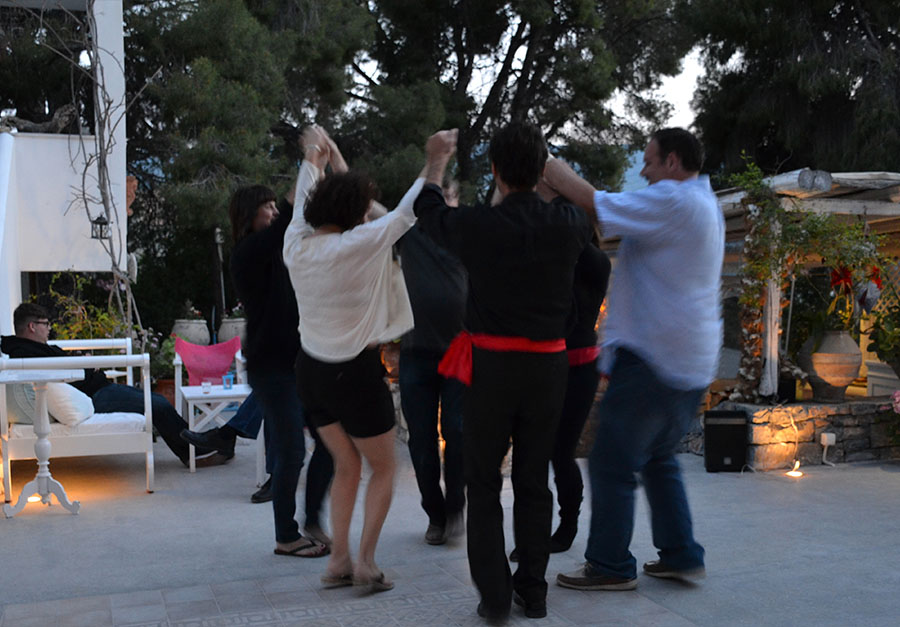 Ancient Greek Massage® is a healing technique that is based on techniques supported by Hippocrates, the father of medicine. Hippocrate’s techniques were applied in wrestling schools in ancient Greece, in gyms by pedotribes (coaches in ancient greek palestras) and to patients in Asklipias that operated as healing centers. It is a healing that releases stress offering a deep sense of relaxation and wellness and at the same time brings us close to the ancient greek thought.

It combines “dry massage” with pressure and movement, following the brush that reinforces blood circulation to the back. Afterwards hot oil is applied with essential oils that is followed by a special massage using a unique suction method. The oil is removed by a wooden scraper the ”curry comb”. The treatment is completed with the “sadness rubbing” which is virtually a head massage during which the emission of “serotonin” is increased and the “cortisol” is decreased thus releasing sadness.
A unique holistic healing is recommended to anyone who desires to revitalize body and soul, to be lightened and to give himself a journey back to ancient Greece.
For the massage-by-hand processed virgin olive is used with the traditional way of cold pressing in combination with essential oils.

The ancient greek massage experience begins as soon as you enter Amaltheia. The therapeutic properties of the ancient greek music fills the room. We will provide you with everything you need for a relaxing shower including handmade olive oil soap. Wearing the ancient greek chiton you are ready to enjoy the therapy and to travel back to ancient Greece. At the end our treat to you is homemade lemonade, organic dried fruit and nuts from the Greek earth. 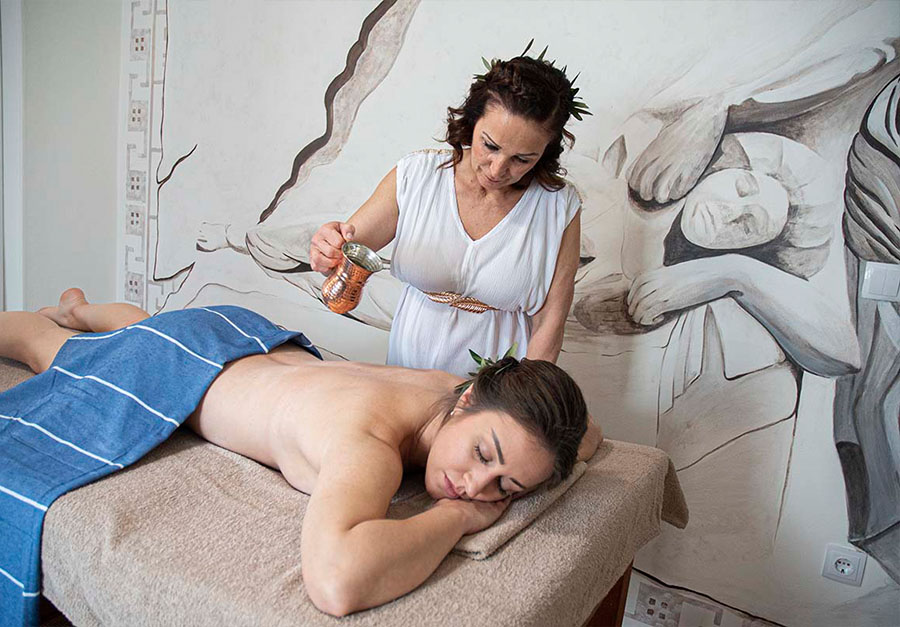 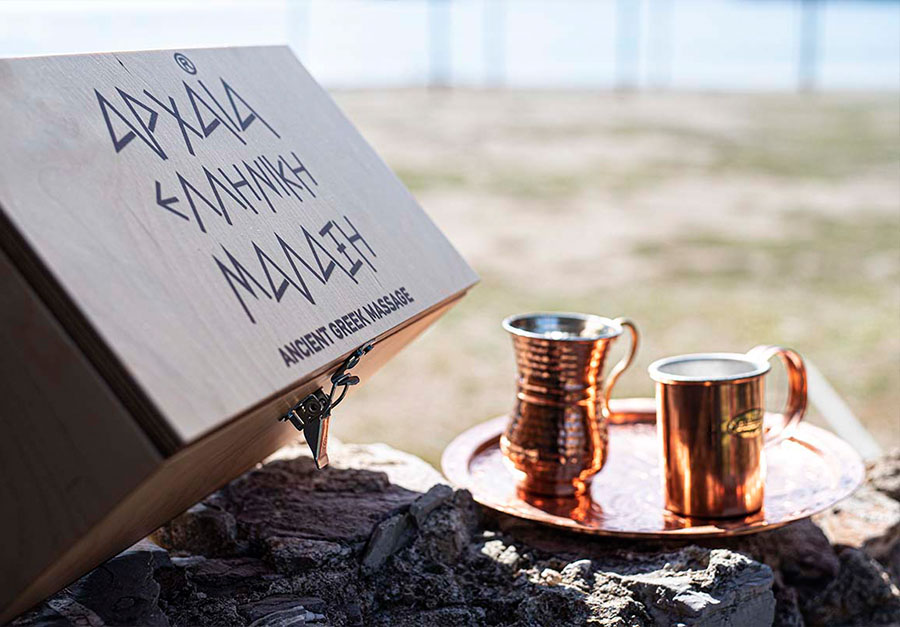 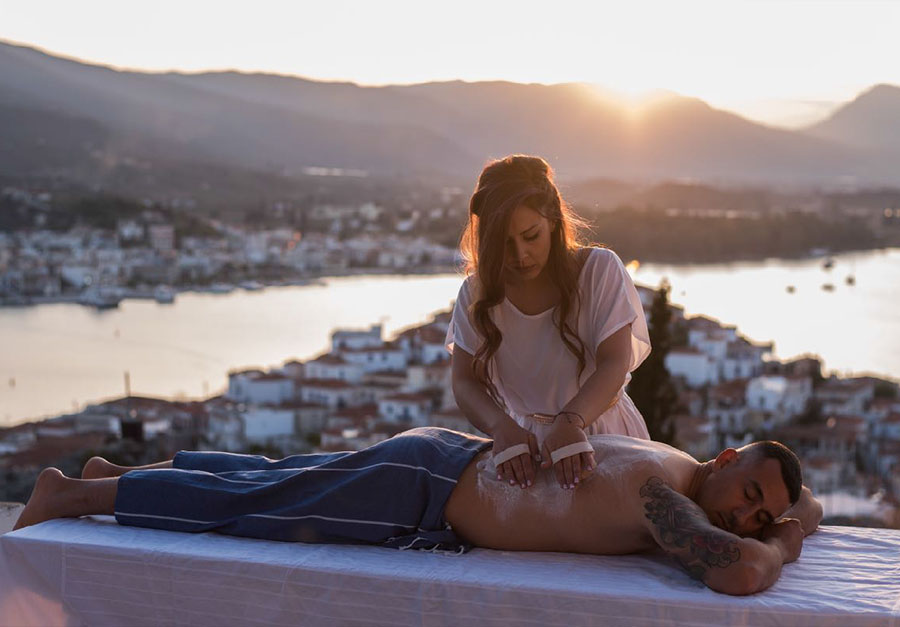 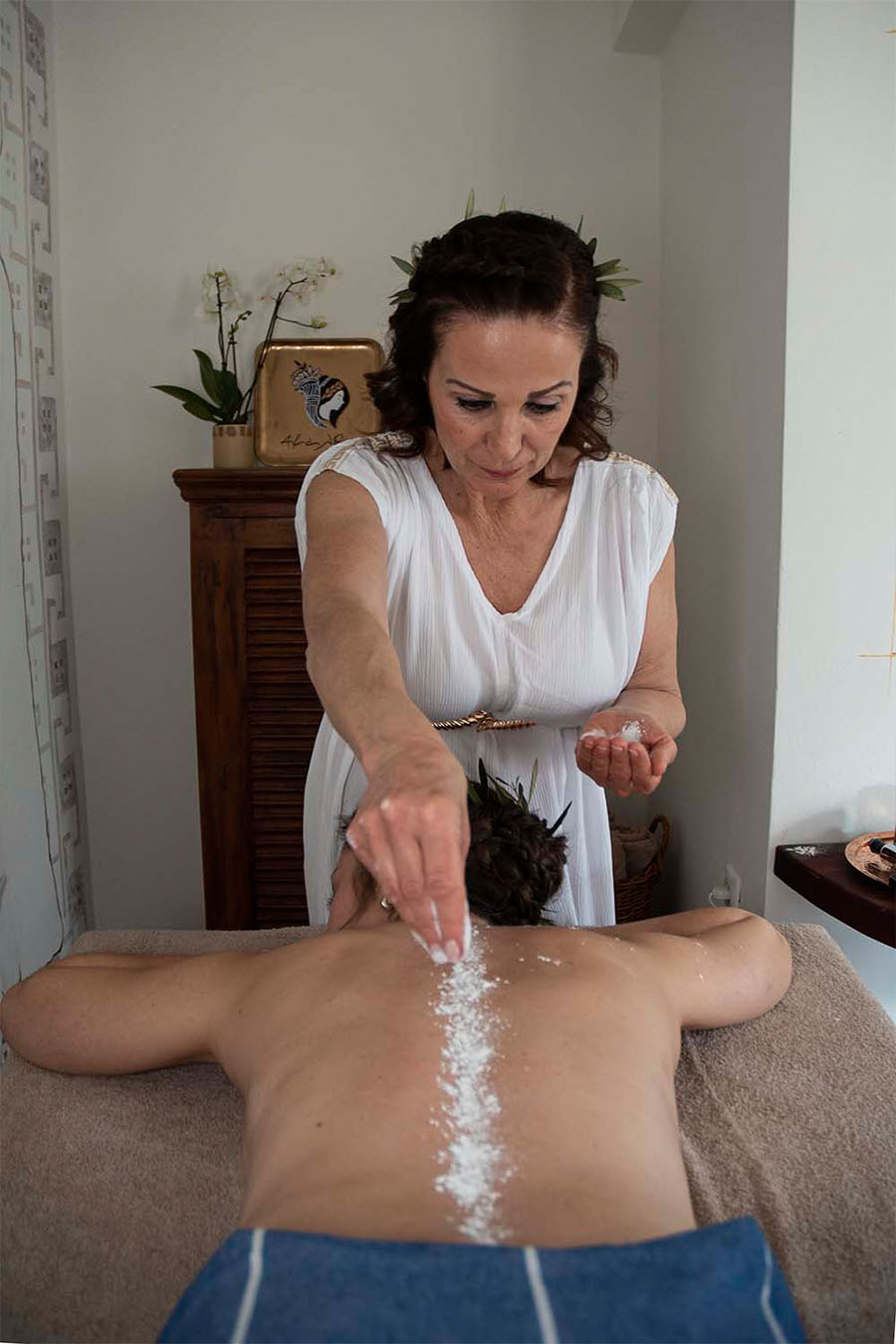 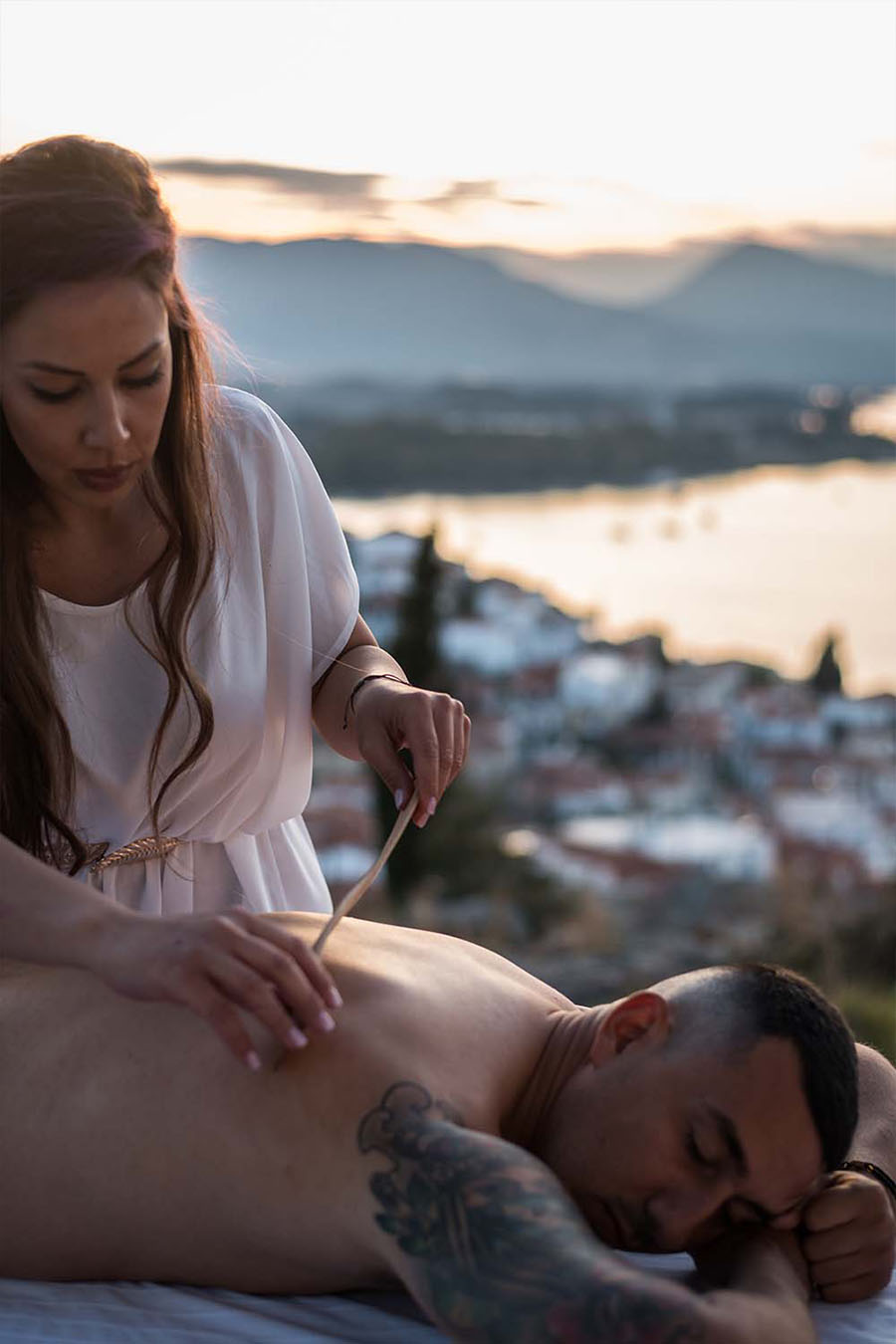 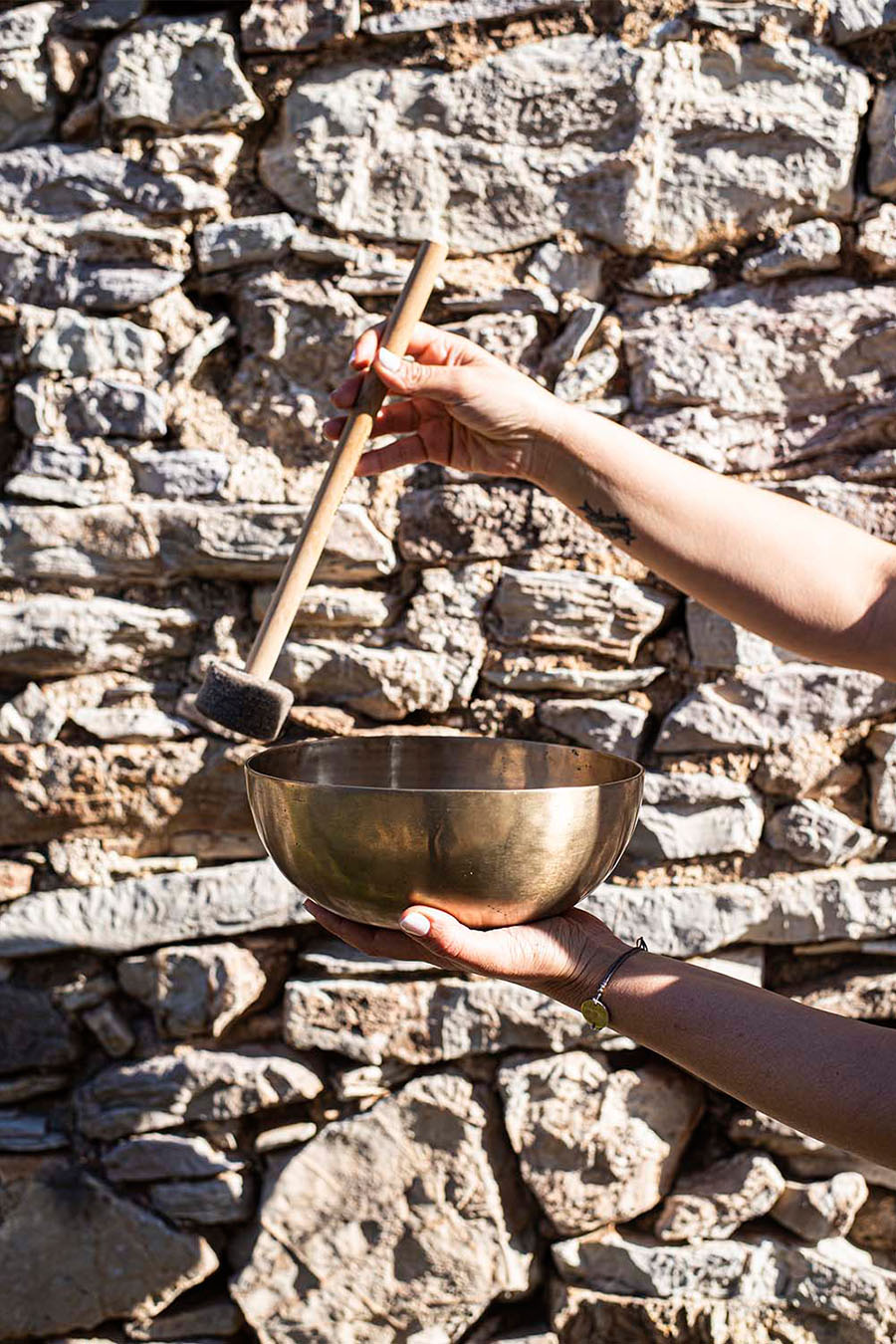 Eco Weaving is a very easy and fun workshop; you learn to weave while you recycle and reuse everyday materials. 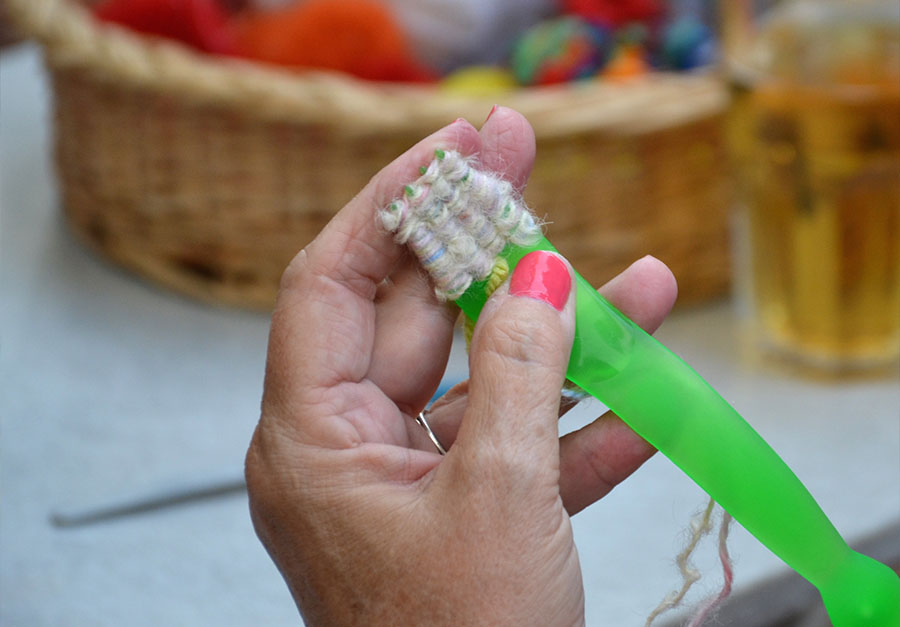 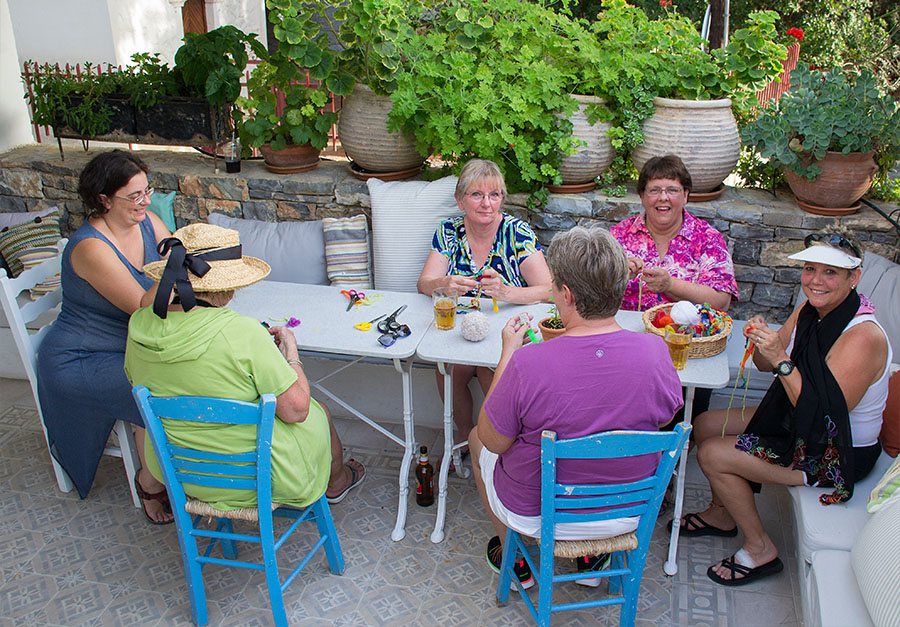 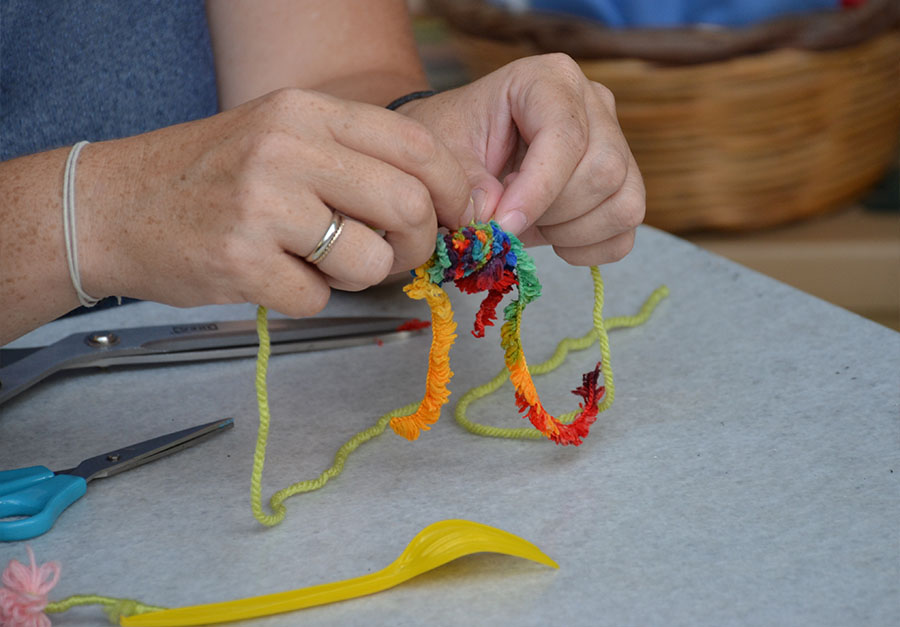 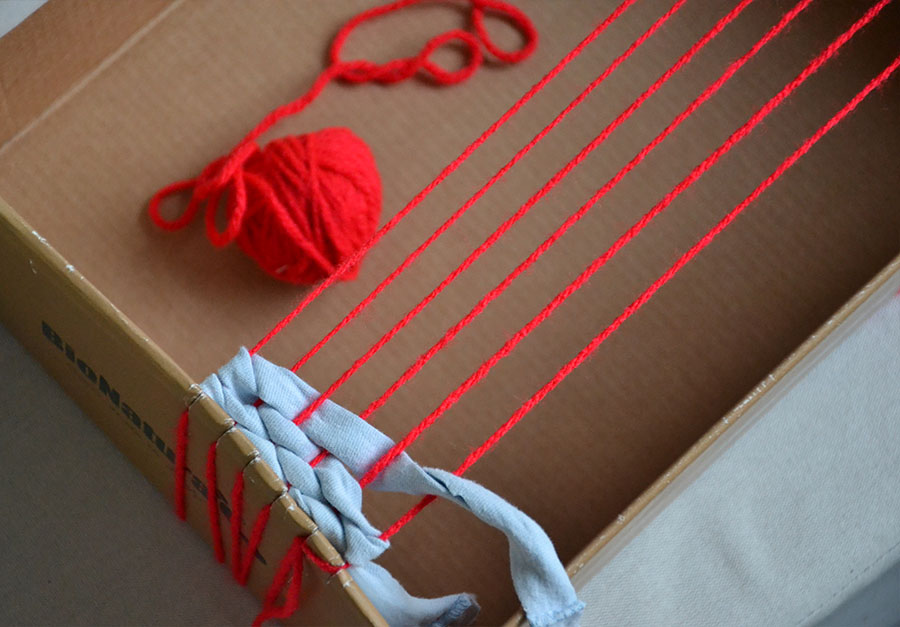 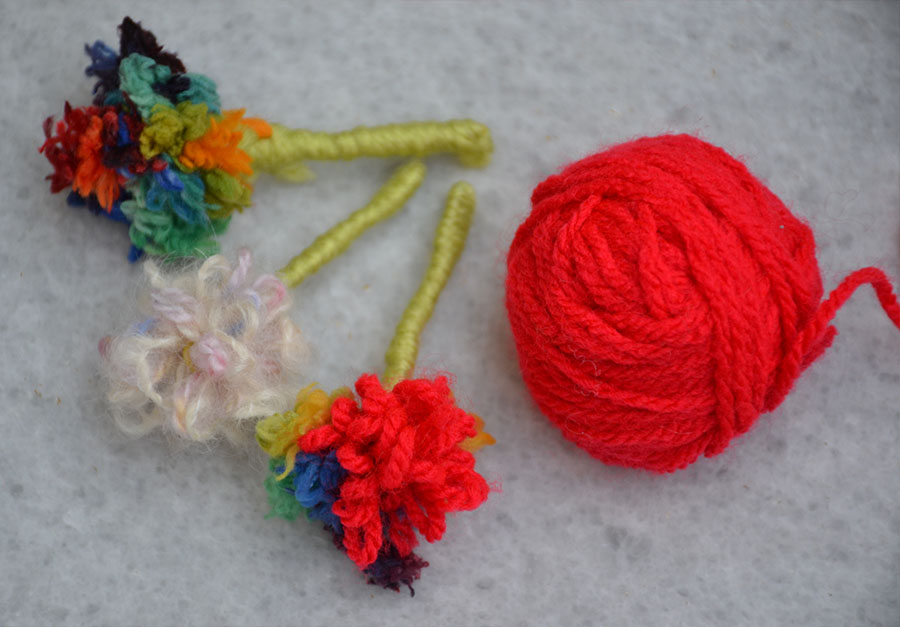